The first incarnation of Electric Eel Shock was different from their current attributes. The band's first public performances were as an 11-piece group[2][3] with keyboards, female vocals and French horns. It was not until the logistics of getting all of its members together on the same day to practice became unworkable[2] that the band stripped down to a three-piece. Gian took up playing with four drumsticks,[7] and also gained a reputation for playing almost naked.[7][8][9] Gian has been arrested once, in Hong Kong[3] and fined HK$100,[10] for playing this way. Electric Eel Shock decided against making demos and sending them to record companies.[citation needed] Instead, they quickly set up the Micro Music record label with their friends,[citation needed] and released their first full-length album, Maybe... I Think We Can Beat Nirvana. They followed this with Live Punctured. In 1999, Electric Eel Shock recorded Slayers Bay Blues on an eight-track recorder,[citation needed] and made enough copies to begin their first concerts abroad. They had lined up a handful of dates in and around New York, including CBGB,[4] with their friends[4][8] Peelander-Z who had relocated there some time earlier.[4] The gigs were a big success, and the handful of dates that were planned turned into an East Coast tour. 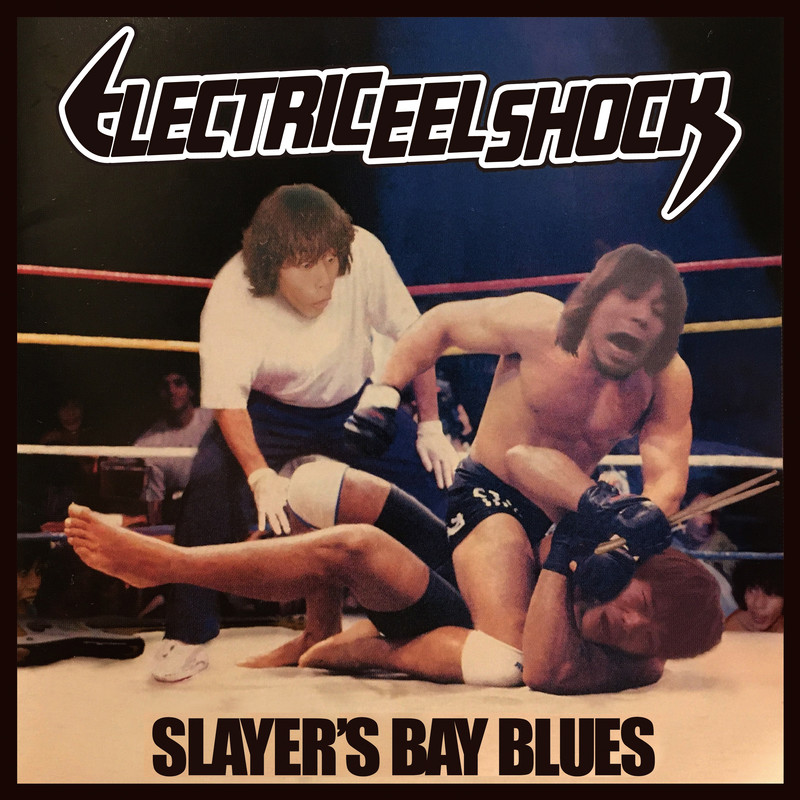 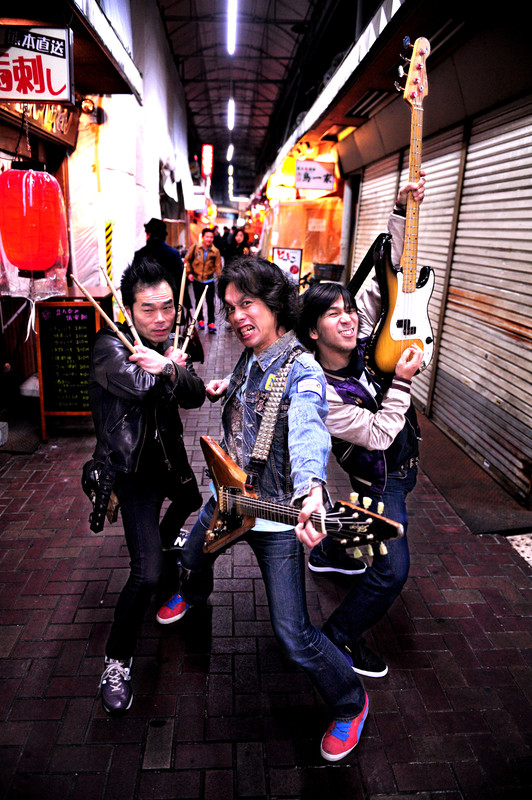 This is Electirc Eel Shock's 22nd year and they are touring Europe supporting their first new album of completely new tracks for nearly 7 years. Don't miss this amazing live band... Formed in Tokyo in the 90's EES left their native Japan at the end of the millenium to see what they could make of America and the rest of the world. We are now 16 years into the 21st century and the band continue to tour the world playing to an ever increasing and loyal fanbase. Electric Eel Shock have toured 33 countries around the world on 4 continents and performed on pretty much every major rock festival in Europe. Highlights include: Headling a stage at the prestigious Roskilde Festival in Denmark and Bonnaroo, One of biggest US festival, follwing The Black Crowes and closing the main stage at Azkenna Rock Festival in Spain, playing every state in America except Alaska and Hawaii, performing at SXSW 4 times, playing with a full orchestra at Beached Festival in Scarborough... CROWD FUNDING In 2005, long before Kickstarter or Pledge Music or any of the others Electric Eel Shock became pioneers of crowd funding. The catalyst was a record label refusing to release agreed funds for recording that was due to start in less than a weeks time unless the band extended their deal to include worldwide rights on their back catalogue. The band refused to be blackmailed in this underhand way and turned to their fans instead. They offered the first 100 supporters (the Samurai 100) guestlist for life in return for £100 sent in through paypal. EES raised the £10,000 required to go into the studio in a matter of days and happily told the label to stuff it. (incidentally this is not guestlist for the life of the fan. It is for the life of Bob Slayer their long time 'man who does stuff'. Their reasoning being that Bob doesnt look after himself very well so maybe he needs 100 folks to keep him alive) ELECTRIC EEL SHOCK ALBUMS "GO EUROPE!" (2004) became the bands 1st commercially available EES release. Although real fans will want to get hold of "SLAYERS BAY BLUES" and even the early live album "MAYBE I THINK WE CAN BEAT NIRVANA" Electric Eel Shock's trio of crowd funded albums are "BEAT ME" (2005) "TRANSWORLD ULTRA ROCK" (2007) (which were both recorded in Holland with legendary producer Attie Bauw, Judas Priest, Scorpions etc). Having learnt so much from Attie in the studio and wanting to try that out themselves they self produced their next album in Japan: "SUGOI INDEED" (2009). But Attie flew over to engineer the basic tracks and help out. Back in Japan for a while the band released "LIVE AROUND THE WORLD vol.1" (2011) and "BEST OF & COVERS" (2014) these again being crowd funded, this time by Fan-Bo a Japanese crowd funding site set up by the band themselves. "Mixing dark fuzzy stoner rock riffs with classic rock sensibilities and addictive song-writing hooks, EES occupy the gaping void somewhere between Queens Of The Stoneage, AC/DC and Black Sabbath." - Kerrang "You'd have to be the most miserable of metal purists or the ultimate elitist trend follower not to allow yourself to simply enjoy this band..." - Classic Rock "EES are nothing short of awesome" - Brent Hinds (Mastodon)